What Should Doctors Prescribe After Surgery?

Background A February 2017 article published in the New England Journal of Medicine examined variation in opioid prescribing after Emergency Room visits and demonstrated significant variation by physician. 1 The study calculated that 1 in 48 of those who received a prescription in the Emergency Room continued to receive prescriptions for opioids 1-year later. An opinion piece in TIME summarizing the article was entitled How Doctors Are Fueling the Opioid Epidemic. 2 Another study from the University of Michigan suggests that 1 in 16 patients become chronic users after using opioids after surgery. We are learning that the opioid crisis is, at it’s root-cause, an over-prescribing crisis.

The Need Currently there are no detailed guidelines on post-surgical opioid prescribing by operation type. In April 2016 the Centers for Disease Control and Prevention (CDC) published broad guidelines suggesting that appropriate prescribing to be no more than a 7-day supply of opioids for acute pain.

Methods We aimed to examine the variation in prescribing patterns for acute pain by health care providers and patients using 2015 Medicare Part D data. We focused on patients who received minimally invasive gallbladder removal surgery. Over 500,000 people undergo minimally invasive gallbladder removal surgery each year in the United States. 3 In a single academic center in 2015, patients received 30 pills after surgery, on average, but only took 20 of the pills for pain relief. 4 We aimed to see if this single center is representative of the prescribing patterns of all Medicare patients.

We identified all laparoscopic cholecystectomy procedures performed in the United States in 2015 among individuals who did not have any opioid prescription in the 12 months prior to their procedure. We then examined if the patient filled a prescription for opioids in the 7 days after their cholecystectomy.

Results Greater than 70% of patients did not fill a prescription for opioids within a week after their procedure. Among those who did receive a prescription, the majority of patients received 26-30 pills consistent with the previous study and the prescriptions were labeled as a 5-day supply, on average (Figure 1). Based on the finding in patients that the majority get no opioids, we assumed that we would see that the majority of providers do not prescribe opioids as part of their practice. However, we saw that 99% of providers prescribe opioids to patients at least some of the time (Figure 2) and the average number of pills prescribed per patient is 9.

If most patients aren’t filling prescriptions for opioids but, at the same time, most providers prescribe opioids at least some of the time, then there is more to the story than physician prescribing patterns. There is some reason why some patients are getting opioids and some are not that goes beyond the usual pattern of the physician’s practice. It could be another disease of the patient, but gallbladder surgery is an acute event common to all patients that we studied making it unlikely that some other patient diagnosis that is driving the variation. It could be that the decision to prescribe is based on an interaction between the patient and physician. The ever-increasing drive to increase patient satisfaction scores may influence providers to write a prescription “just in case” of pain magnified by a consumerist culture in medicine.

Conclusion Using data to guide best practices around prescribing wisely for common operations is achievable and could help reduce the endemic problem of opioid over-prescribing fueling the opioid crisis.

New York Times | Prescribing Opioids: How Many Are Too Many?

How Doctors Can Stop the Opioid Crisis at Its Source: Quit Overprescribing

New York Times | Prescribing Opioids: How Many Are Too Many?

What Should Doctors Prescribe After Surgery? 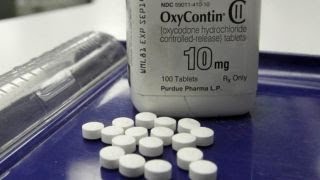 How Doctors Can Stop the Opioid Crisis at Its Source: Quit Overprescribing